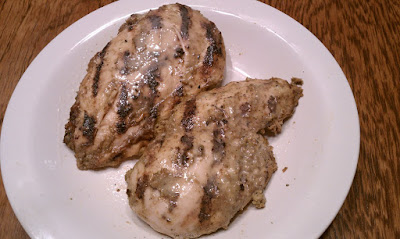 My new favorite ethnic food is Cuban food. I love the flavor and the textures and the heat. If I were an excellent dancer just putting the first bite in my mouth would make me break out in some hip swaying, joyous island moves. Alas, I was never fabulous at dancing and now with the creepy knee dancing is just not happening.

If you had ask me in 1963 if I would eat much less enjoy Cuban food, I would have proclaimed no with a righteous indignation. After all I was a God fearing American citizen who lived in terror of Cubans. ( If I put in tags it would say something like Cuban Missile Crisis/ Bay of Pigs/ Cold War) I was in the third grade when the word Cuban first entered my brain. Prior to my 3rd grade year the only thing I knew of Cuba was that they grew sugar cane and it was an island. During that year I learned how treacherous and devious those Cubans were. I also found out that they had bombs aimed at my house. That same year I had a substitute teacher who told our little 3rd grade class that America had never had a war on its' soil so we were due one. ( DUH Revolutionary War, Civil War, French Indian, Spanish American???) Ah... the perfect thing to tell a kid who read the newspapers regularly, knew of the impending danger, and had a vivid imagination. It was the perfect storm for my 3rd grade neurosis.

Feel free to thank me now, before I go any further with this post. Because while the rest of you played kick the can and Barbie and watched Huckleberry Hound, I was on a one girl mission to save the United States from Cuban invasion. I looked for Cubans everywhere I went, especially in the middle of the night. It was a well known fact that Cuban terrorists were at large nightly in the middle class neighborhoods of Birmingham, Alabama. Each night when everyone in the family was firmly asleep I would sneak out of bed and stand at my bedroom window ( OK stand is a gross exaggeration. I would creep and have just one eyeball above the window sill to look for the Cuban militia) I had no idea what a Cuban looked like, but i was sure I could recognize them by their trench coat and Fedora.

I have no idea why I was so worried. Mom had worried enough for all of us and had a bomb shelter ready in the event the big one was fired into Alabama. She had an old desk in the basement that we could hide under, some old quilts for bedding, a transistor radio and she had several cans of Spam and jugs of water to assure our survival. Yep it would be My Beloved Sister, Mom, me and the Cockroaches. I guess Dad would be safe also but only if they attacked very late at night because he was never home before 9. Talk about a luxurious survival. Us on torn quilts listening to an am station while eating mystery meat. Think of the tales we could have told our children. Because all it takes to survive a nuclear attack is some bedding and potted meat right?

Advance through time to the present. ( I almost put the number of years but it was just too depressing to see in print, plus I am technically much younger than my age. Unless you hold that remark I made earlier about my knees against me)

Once again the grill called to me so tonight we had a Grilled Cuban Chicken. I found it while searching the net for some different ways to cook chicken. I think I am seeing how many days in a row I can use the grill because cooking on the grill is not really cooking. Plus, if I want to, I can pretend it's a picnic and use paper plates.

About 4 hours before grilling the chicken make marinade

Put everything but the yogurt in a blender and process it til it is the consistency of applesauce. It may take many starts and stops to get it pasty. Then add the yogurt and blend just until everything is incorporated. Pour it all in a large zip lock bag and add boneless chicken breasts. ( I used 10 half breasts). Put this in the fridge for 4 hours turning it about once an hour).

When ready to cook heat the grill to medium and put the breasts on it in a single layer. Leave as much of the yogurt goo on them as possible. Cook for 5 minutes and turn them. Cook til done ( less than 4 minutes if your breasts were as thin as mine were) Serve immediately with a tossed salad and rolls.


This had a nice Cuban taste and the one jalapeno did not add too much heat. I will do this again but will add about 1 1/2 peppers just to make it a tad hotter. It probably would have been very tasty and pretty on yellow rice, but that violates my cook it on the grill policy. In fact I even cooked ( warmed) the bread on the grill. I had iced tea to drink but should have made a mojita and the meal would have been perfect. The only thing I would have changed is the brand of yogurt I used. I had some plain Chobani in the fridge and the Greek style yogurt is a little thick for this recipe. If you don't like the flavor of cilantro you will not like this because it is pronounced. I love it so it suited me to a T. I would recommend it to anyone.

Since I am in the middle of grilling something new and different stay tuned tomorrow or the next day for a new and different take on the lowly hot dog. It's definitely nothing you are used to. ( Or maybe you are and I am just a stupid and inflexible hot dog eater). At any rate it will be a first for us!

Happy Chewing!
Posted by Anne in the kitchen at 8:25 PM