Because I found out about Shelftember after the first of the month, I just began this the day I found out about and counted 7 days worth of meals. I had some successes and some failures but I am posting this guilt free no matter what. As of last week I have spent much less than I usually would, and not bought many items, but we did run into a couple of time warps. Life! 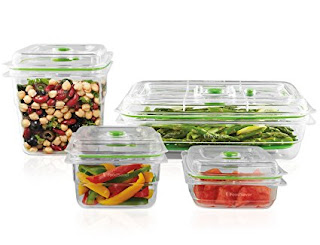 Tuesday: I did not feel like cooking and TheHub had eaten at a Chinese restaurant for lunch so what was I to do? Sandwiches, of course! We had some bologna (one of TheHub's recreational shopping buys) cheese, humongous tomatoes, a hunk of onion in the fridge and a half of a loaf of bread. I toasted 2 slices of bread for each sandwiches under the broiler, turn them over and put sliced gouda and chopped onion on one side and bologna on the other and ran them back under the broiler till the cheese melted and the onion wilted a little. Each sandwich got a huge slice of tomato and a smear of mayo, and that was good enough for a low keyed weeknight meal. TheHub ate the last of the ice cream after dinner, so I see a recreational shopping trip for him unless I beat him to the punch Wednesday. Day1 of Shelftember is in the books.
Used: leftover bologna, 3 slices gouda, 1/2 tomato. 2 slices of onion.4 slices bread, mayonnaise

Wednesday: I had to go to my new attorney (Thank you to the person in my life who is drawing several of us who have nothing to do with anything into her own personal "Jerry Springer" lawsuit Hell. There is nothing greater than giving up 2 days of my life plus legal fees to be deposed for something I know little about and care about even less) Immediately after that I had to run cancel the refrigerator I bought for Mom on Tuesday and find a different fridge that could be delivered asap. I got home later than I like Wednesday evening (oh yeah, because I had to look for the fridge at 3 different places and go to a fourth to cancel the sale), I foraged the freezer for something quick and relatively easy. (because I forgot to take anything out in advance)  Finding nothing that could be ready in 10 minutes or less we did the logical thing and went out to eat!  Oh well!

Thursday: TheHub and I were both on unusual schedules today and he ate later than he normally does at lunch so he was not very hungry at dinner time. I pulled out about a half a pound of frozen browned ground beef, a can of beans and created a taco salad over a big bowl of lettuceI had a bag of tortilla chips so I added 4 to the side of each salad and called it good enough. It was really pretty tasty and more then filling for the late lunch crows.
Used: 1 small pack frozen ground beef, the leftover tomato half, 1 thick slice of the leftover onion, half a head of lettuce, the tail end of a bag of shredded cheddar (leftover from Son 3's visit), can of navy beans8 tortilla chips, salsa from the fridge 1 half head of lettuce.

Friday: Tonight we were having an easy night in, but by the time I finished all of the  Mom duties for the day, it was nearly 7 and no thought had been given to dinner. TheHub worked late since I was doing Mom things and we both pulled in the driveway at the same time. I suppose I could have come in and rustled up some sort of meal but instead I hopped in his car and we headed to a local meat and 3 to grab a take out vegetable dinner. Yumlicious!
I did make a yogurt pie this morning so At least I used something I had on hand.
Used: graham cracker crumbs from the freezer, leftover yogurt (from Son3's visit, whipping cream (left from same visit) 1 package sugar free lime jello

Saturday: I had a special request for Saturday night.  It was a ball game night and TheHub wanted something we could easily eat in the den while we watched the games (euphemism for sitting with
the remote and flipping back and forth between 4 games). Pasties and a glass of wine. Great pair!
Used: 1 cup(ish) Bisquick, shortening, additional flour, 1/2 pound ground beef, 1/2 onion, 1 carton mushrooms, 3 carrots, 1/2 bag spinach, last of a bottle of barely drinkable wine, couple of tablespoons heavy cream.

Sunday: I had about some browned ground beef left over from the freezer pack I used Saturday night, so it became the featured player in the Sunday meal. I made a very simple beef and veggie casserole and a side of marinated cucumbers, tomatoes and onions. In addition I made a pineapple upside down cake because TheHub is starting to notice he is out of ice cream and if I have a dessert available for him I might be able to deflect his recreational shopping habit for a couple of days.
Used: 1/3 pound ground beef, 1/2 onion, carton of mushrooms, 1/2 can mushroom soup (had no idea I even had that in the pantry) small pack chopped zucchini (frozen) about 1/4 bag of shredded hash browns (freezer) 1/2 cup shredded cheese, can crushed pineapple, pineapple cake mix (thought it was a yellow cake when I bought it)

Monday: Because of potential high winds, which almost always means loss of power around here, I sorted through the freezer to make room so I could move everything from the refrigerator freezer to the big one in the laundry room. We all know an unopened big freezer stays frozen for a couple of days, so it just made sense. While I was rearranging I found a full container of dressing. (Cornbread stuffing that is baked in a pan for you non-southern types). Our dinner was chicken and dressing. sliced tomatoes and green beans and some Levian Bakery type  cookies (they are so good)
Used: 4 frozen chicken thighs, container of dressing,green beans from big Trader's Joe's frozen bag,
1 tomato, flour, butter, sugar, brown sugar,1 egg, 1/2 bag chocolate chips.
Posted by Anne in the kitchen at 11:34 PM